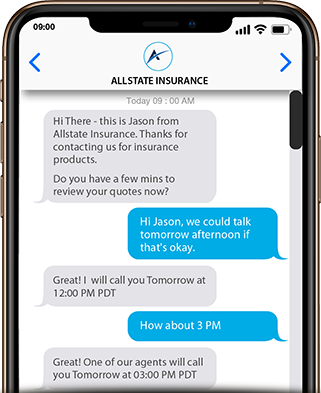 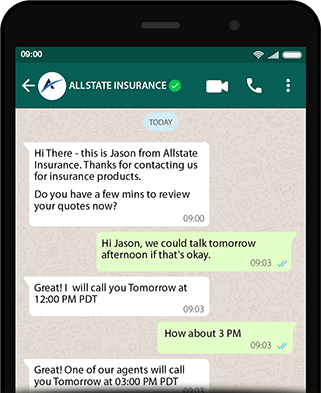 Television and print advertisements are effective mediums for catching prospects’ attention. Insurance companies continue to invest in these mediums for lead generation. But most companies are struggling to engage and capitalize on the interest they generate through these mediums. This is due to the ways companies communicate with prospects. Currently, insurance companies advertise email addresses and phone numbers in their advertisements. But prospects, today, expect companies to use more flexible modes of communication. As a result, the number of inbound opportunities created by advertisements has declined in recent times. Even in case, the tactic works out, prospects are likely to be frustrated waiting for someone to answer their call or reply to their emails. Due to the problem companies are registering low ROI on print and TV advertisements.

Convenience, quick engagement, and flexible communication are the key to successfully engaging leads. Meera conversational AI offers a unique and effective way for companies to do so. The AI assistant allows insurance companies to replace calling and emailing with text messaging. By enabling communication through WhatsApp and SMS, Meera encourages interested prospects to contact. Further, it instantly engages them using human-like conversations and prevents any downtime. Besides this, the insurance AI assistant provides quick answers to FAQs and collects data on exceptional queries. In the process, Meera builds an instant rapport with prospects and boosts lead conversion rates.

Sign up for a 20 minute demo, and see what Meera's capable of doing for your organization.

Yes. I want to see this for myself.
×
SCHEDULE A DEMO WITH OUR ACCOUNT MANAGER